With thanks to our sponsors *:

* None of whom have had an input into the meeting agenda or content. 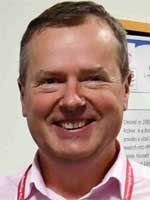 Trained in Obstetrics and Gynaecology in Edinburgh, with a WHO Research Fellow post then Subspecialty training in Reproductive Medicine. After a year in UC San Diego he returned to the MRC Human Reproductive Sciences Unit in 1998 with a Consultant post in Reproductive Endocrinology and Infertility at the Royal Infirmary of Edinburgh. Subsequently appointed to Chair of Clinical Reproductive Science at the University in 2005: over subsequent years he has established a group investigating female reproductive lifespan, with laboratory and clinical aspects particularly related to the adverse effects of cancer treatment on fertility. He has also conducted clinical studies developing our understanding of the novel neuropeptides kisspeptin and neurokinin B in human reproductive function in men and women. He is Coordinator of the ESHRE Special Interest Group in Fertility Preservation, and a member of the HFEA Scientific and Clinical Advances Advisory Committee. 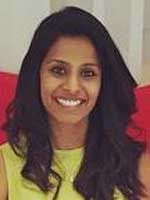 Dr Neera Balachandren is a Specialist Registrar in Obstetrics and Gynaecology currently working as a research fellow in the Reproductive Medicine Unit at University College London Hospital. She completed her undergraduate degree at University College London and was awarded the degrees of Bachelor of Medicine and Surgery with Distinction in 2009. She is currently undertaking an MD and her research is on the uses of ovarian reserve tests when fertility is at risk. 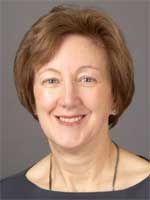 Consultant Obstetrician and Gynaecologist at University College London Hospitals since 1996. I set up and lead the fertility preservation service for women at UCLH. We offer urgent assessment, embryo and egg freezing, and in selected cases ovarian tissue freezing and ovarian transposition. I also developed our ‘late effects’ service for reproductive care of cancer survivors (fertility, contraception, menstrual dysfunction, vaginal GvHD, ovarian failure, HRT). Previously clinical lead for the sperm banking service at UCLH, largest in UK. In 2015 I founded a multidisciplinary professional network, Fertility Preservation UK, which became the first Special Interest Group of the British Fertility Society; it is open to oncologists to join the mailing list. Research interests include pregnancy management for women who have received stem cell transplants and comparative outcomes of using the Pill or HRT for oestrogen replacement in young women. Joanna has been a Specialist Registrar in Medical Oncology in Wessex deanery since 2018 and is currently working in at University Hospital Southampton. She has recently presented at her first international conference and has a keen interest in the implications of cancer treatment on teenagers and young adults.

Kate Harding is a consultant Obstetrician at Guy's and St Thomas' Hospital in London. She has specialised and published in a number of areas including risk management, cancer in pregnancy and inflammatory bowel disease. She is a member of the MBBRACE writing team and is Editor in Chief of TOG (the quarterly educational journal for the Royal College of Obstetrics and Gynaecology) 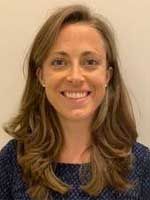 Dr Emily Goode is a CRUK Clinical Fellow completing her PhD in the Cell death and Immunity Laboratory at the Institute of Cancer Research, London. She graduated from Imperial College School of Medicine and completed general medical training in London. She is now an academic Specialist Registrar in Medical Oncology at The Royal Marsden Hospital. 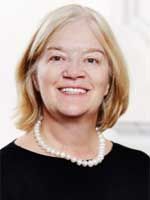 Dr Alison Jones is a Consultant Medical Oncologist specialising in breast cancer, training at The Royal Marsden Hospital, after which she took up a consultant post at University College London Hospital and The Royal Free Hospital until 2015. She is an active participant in clinical trials and has been on the steering committee for a number of trials within the United Kingdom. She also undertakes clinical trials in the private sector at The Sarah Cannon Institute which is associated with LOC in Harley Street.  She has specific interest in clinical trials, introduction of new drugs and breast cancer in young women (fertility preservation, pregnancy etc.)

She is invited to speak at both national and international meetings.  She continues to publish on breast cancer and has over a hundred and fifty publications, mainly in peer review journals. 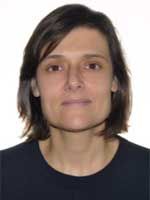 Dr Eleni Karapanagiotou did her general medical training and started her specialist oncology (cancer) training at Athens Medical School in Greece. She completed her oncology training at the Royal Marsden Hospital in London.

During her training she developed an interest in research. She was awarded a PhD from Athens Medical School in 2011 for her work on non-small cell lung cancer. A fellowship from the European Society for Medical Oncology (ESMO) led her to the Institute of Cancer Research, London, to continue her work on combining chemotherapy with novel agents such as oncolytic viruses/immunotherapy in advanced cancer. She was awarded an MD(Res) from University of London in 2013 and her research has been presented and published internationally.  She is the author over 45 peer reviewed scientific papers with a particular interest in cancer. She is the principal investigator in clinical trials in lung and breast cancer with a specific interest in immunotherapy and novel agents. She is dedicated to her patients and clinical practice, whilst an active researcher in Reproductive Medicine and an empathetic trainer of the next generation of doctors and nurses.  She has achieved a PhD in Reproductive Biology and Cryobiology at the University of Bedford, in collaboration with the Wellcome Trust Genome Campus. Her novel research on freezing sperm, eggs and embryos has been awarded by various international scientific societies.  Dr Julia Kopeika is the lead clinician for Onco Fertility Service at Guy’s, which provides fertility preservation to patients of reproductive age who require chemo or radiotherapy. Dr Alexandra Lewis completed her undergraduate degree at the University of Manchester in 2010 and specialist training in Medical Oncology at the Christie Hospital, Manchester in 2019. She is currently completing a Masters in Research in experimental medicine at the University of Manchester and a fellowship in Experimental Cancer Medicine at the Christie Hospital with a focus on translational research, precision oncology and early phase clinical trials in frail patients. 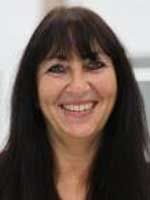 Dr Mansi has been a consultant medical oncologist for over 25 years. She was initially at St George’s Hospital and for the last 13 years at Guy’s and St Thomas’ Hospital. She was clinical director for cancer at both trusts. Janine specialises in breast cancer and has published extensively. She has led and been involved with many national and international trials, and has been the clinical lead for breast research since 2009. As founder member of the UK Chemotherapy Board she has led the introduction of national regimen-specific systemic therapy consent forms. Janine has supported the training of medical oncology, and was the quality lead for the SAC, and involved with the development of national recruitment. Janine has co-edited the ACP book Problem Solving in Older Cancer Patients, winner of the 2016 BMA Oncology Book of the year, and was co-winner fo the 2017 BMJ award, and the 2018 Macmillan award for the Geriatric Oncology Liaison Development at Guy’s and St Thomas’. Janine served as the Honorary Secretary for the ACP between 2009 and 2016, and is currently an executive member of the ACP representing the UK Chemotherapy Board. 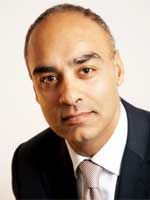 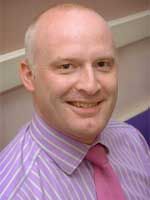 Allan is Professor of Andrology in the Department of Oncology and Metabolism at the University of Sheffield. His research interests include aspects of male fertility and has published over 150 papers, book chapters and review articles on the topic. He is a former Secretary (2005-2010) and Chairman (2012-2015) of the British Fertility Society as well as the current Editor in Chief of the BFS journal Human Fertility.

In addition, Allan is an accomplished science communicator and broadcaster. Recent television programmes include Britain’s Secret Code Breaker (2011), Donor Unknown (2011), The Great Sperm Race (2009), The Truth About Food (2007), Make me a Baby (2007) and Lab Rats (2004). In 2016 he was awarded an MBE by the Queen for services to Reproductive Medicine. You can follow his general musings about science, fertility and the life of an academic at http://www.twitter.com/allanpacey and http://www.instagram.com/allanpacey/. His University web page is at http://www.sheffield.ac.uk/oncology-metabolism/staff/pacey. 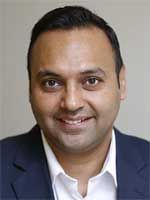 Majed is the Lead Clinician for Andrology, Male Infertility and Genito-Urethral Reconstruction at Guy’s & St. Thomas’ Hospital, London. He set up the microTESE program at Guy’s Hospital in 2012, which includes a rapid access onco-microTESE service for fertility preservation in patients with cancer. This has become one of the largest onco-microTESE programs in the country.

Majed completed a 2-year Fellowship in Penile Cancer and Genital Reconstruction at University College Hospital, London. He was awarded his MD by the Universtiy of London for investigating novel signalling pathways in advanced uroloigcal malignancies with a grant from the Royal College of Surgeons of England & an International Cardura Award.

Majed teaches worldwide on all aspects of andrology, male factor infertility and genito-urethral reconstruction, and is the Faculty Tutor teaching male infertility for the British Association of Urological Surgeons (BAUS), the British Fertility Society (BFS), and the Royal College of Obstetrics and Gynaecology (RCOG). He was also formerly the Andrology Tutor for the Royal College of Surgeons of Edinburgh. He has published over 40 articles in peer review journals, as well as several book chapters in his field. He co-organizes the AGOUR course for the FRCS(Urol) covering all aspects of andrology, genital oncology and urethral reconstruction, and runs Surgical and Research Fellowships in Andrology and GU Reconstruction at Guy’s hospital. She graduated from the Medical School of the Aristotle University of Thessaloniki in 2009 and continued her post-graduate studies at Imperial College London being awarded an MRes in Translational Medicine in 2010 and a CRUK-funded PhD in Cancer Biology in 2017. Chara has authored numerous peer-reviewed scientific papers and presented her research at international Oncology meetings obtaining the AACR scholar-in-training award in 2016. She is an associate member of the Higher Education Academy with keen involvement in teaching. 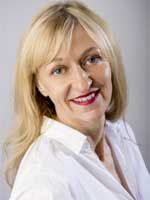 Lisa Webber is a consultant gynaecologist and RCOG accredited subspecialist in reproductive medicine at Imperial College Healthcare NHS Trust. She graduated from Oxford University Medical School and later obtained her PhD at Imperial College London, studying the development of preantral follicles in the normal and polycystic ovary. She trained and later worked as a consultant at University College Hospital London before returning to St Mary’s Hospital at Imperial. She specialises in disorders of ovarian follicle development, and all aspects of polycystic ovary syndrome, including the fertility and non-reproductive effects.